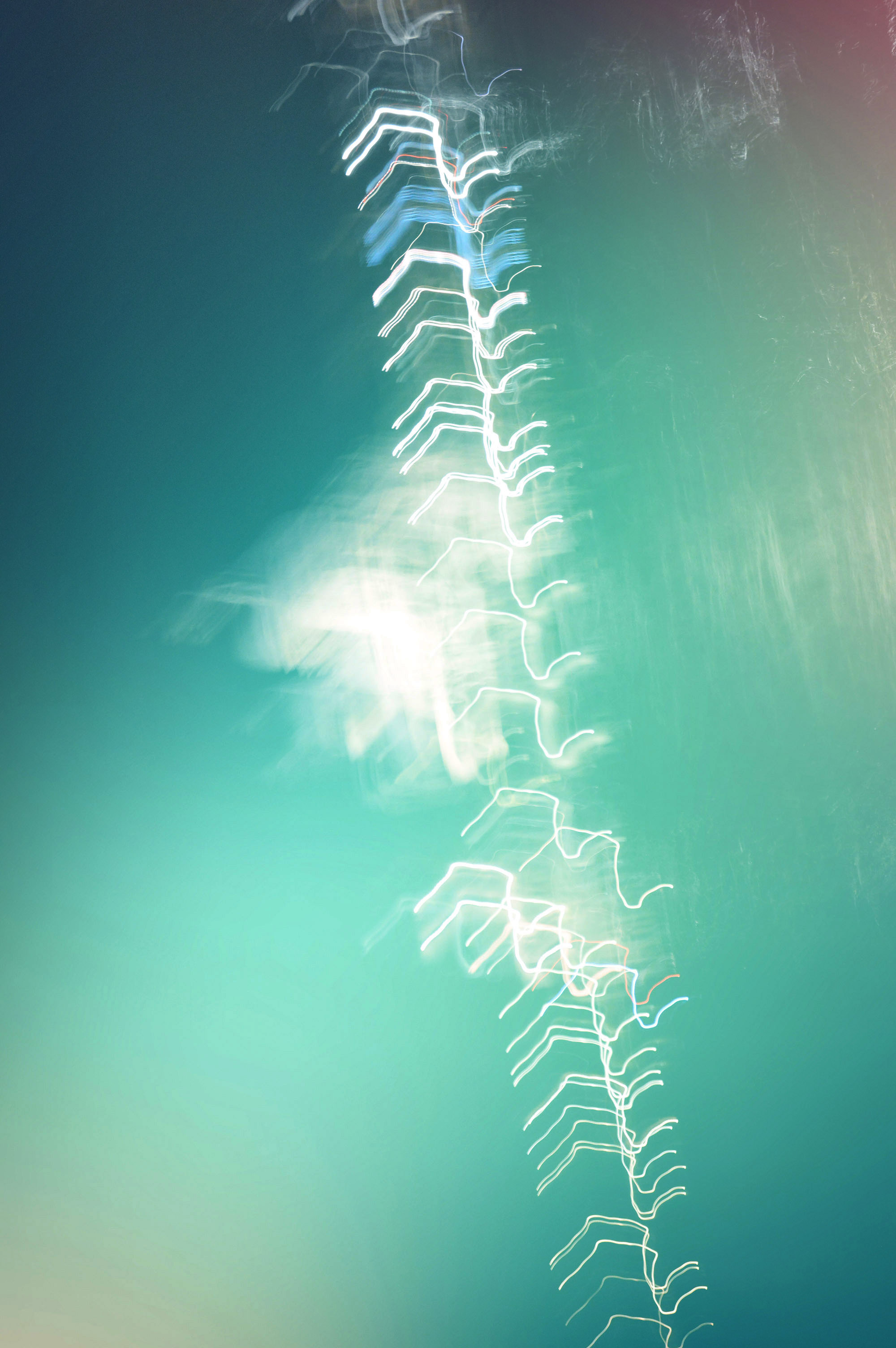 The title En phase refers not only to the Indonesian gamelan but also to the piece Piano Phase by Steve Reich with its double instrument principle, reminiscent of the structure of the entangled melodic parts of the gamelan, and played on two identical instruments.

Using this same principle of duality, the programme includes Ensemble Variances playing side-by-side with the contemporary music ensemble, Das Neue Ensemble from Hanover, led by one of the key players in the contemporary music genre in Germany, Stephan Meier. Stephan is co-founder of the musical creation network Musik 21 Niedersachsen and director of the very dynamic Birmingham New Music Group.

In 2020, Thierry Pécou drew inspiration from the Balinese gamelan to compose his new piano concerto, pulling together a collection of pieces for solo piano, mischievously titled Well-Tempered Gamelan, playing freely with the characteristic sounds and compositions of gamelan gong kebyar from Bali. Ethnographic recordings as well as analyses by musicologist and composer Michael Tenzer are at the core of this score and form a common thread for the concert, reproducing the music’s inherent vitality including skilful microvariations and repetitive motifs and patterns.

The word ‘repetitive’ is often used to describe the music of Steve Reich, one of the great American masters of the genre, as evidenced in his piece Piano Phase, which is both percussive and jubilant, based on the phasing technique, and which can be compared to the tangled melee of fast melodies that characterise gamelan music.

An improbable contrast, but one that diverts the gaze and seeks to create a meditative moment reminiscent of another aspect of Asia, the score by the German composer Carola Bauckholt fits into a programme that is full of colour and rhythm. 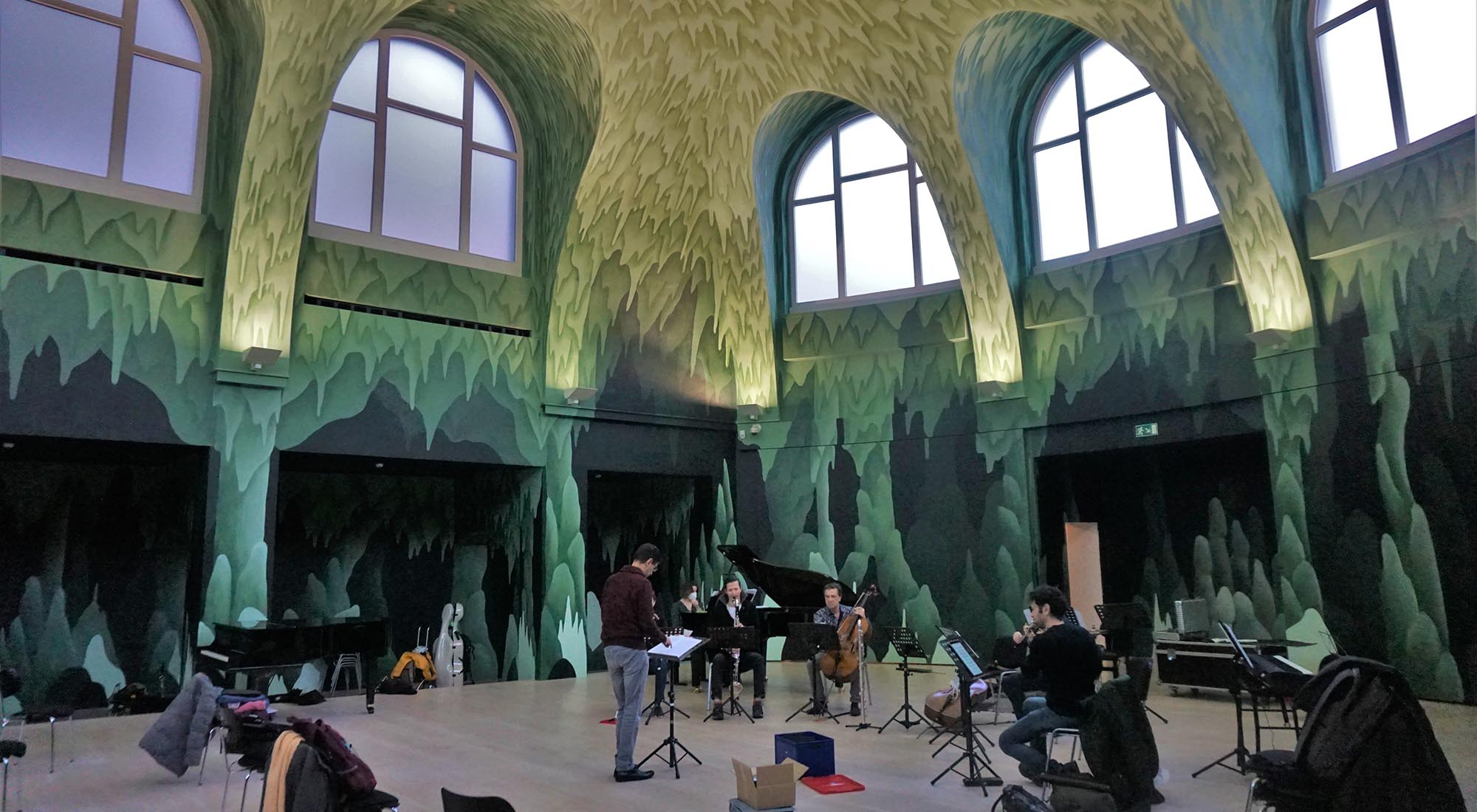 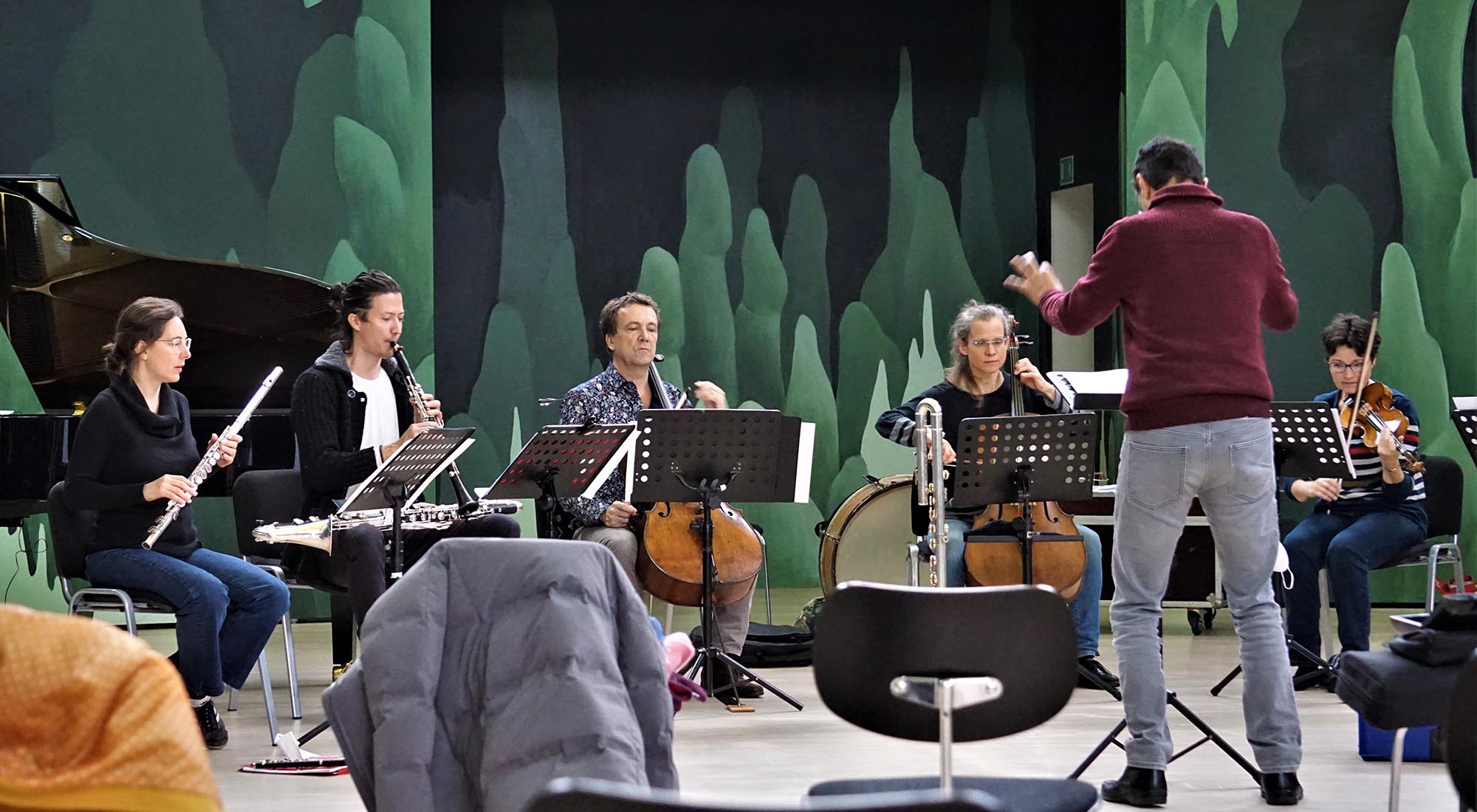 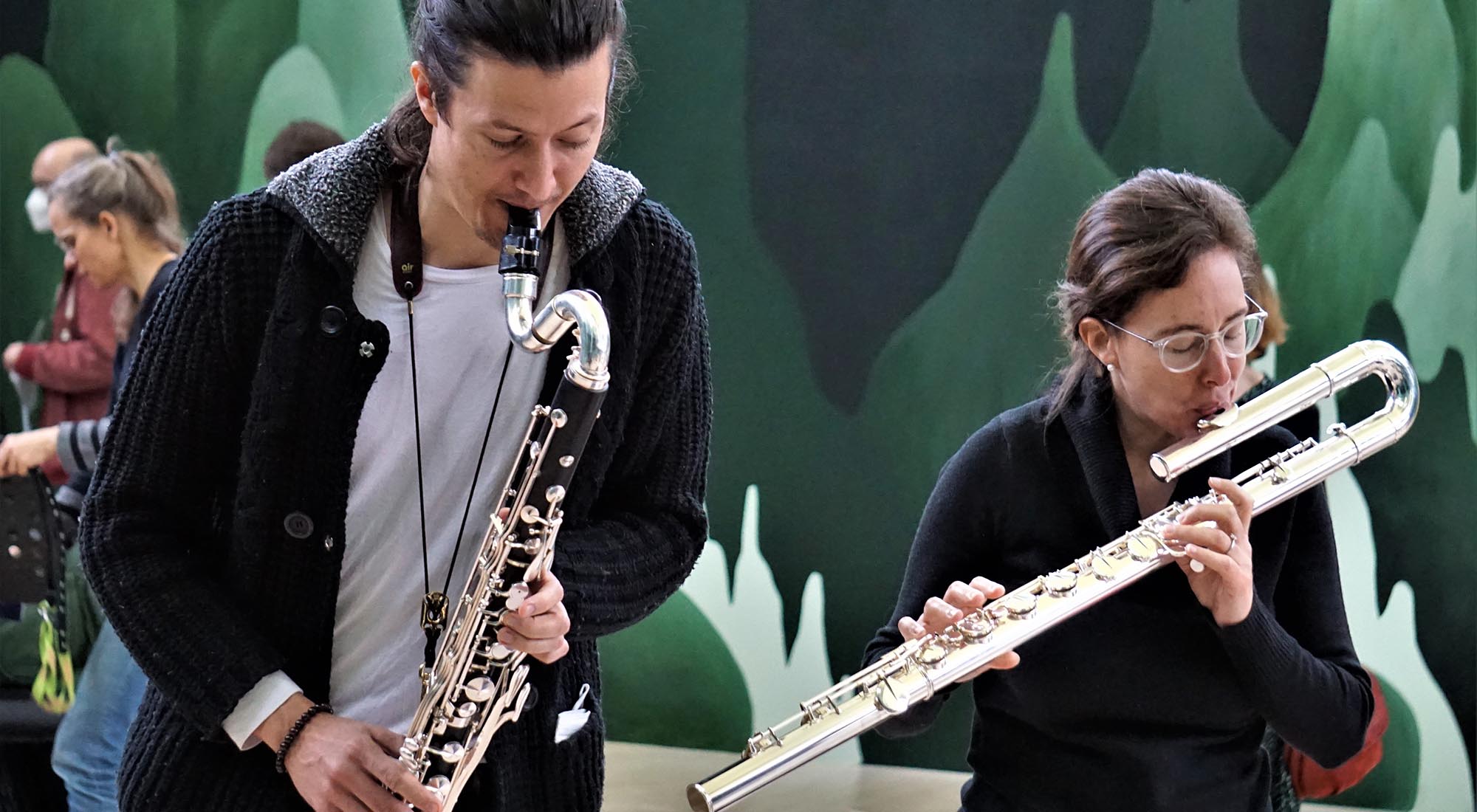 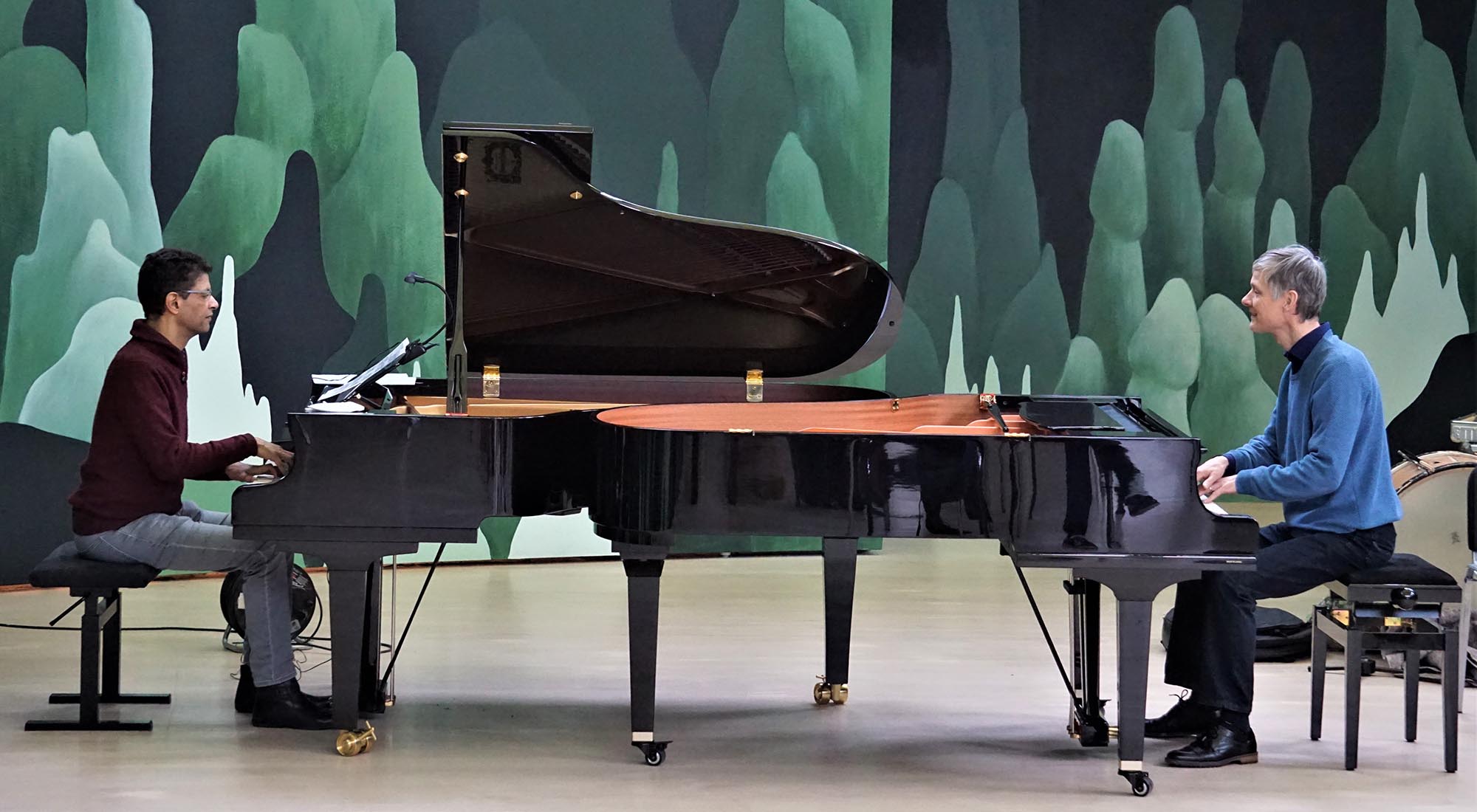 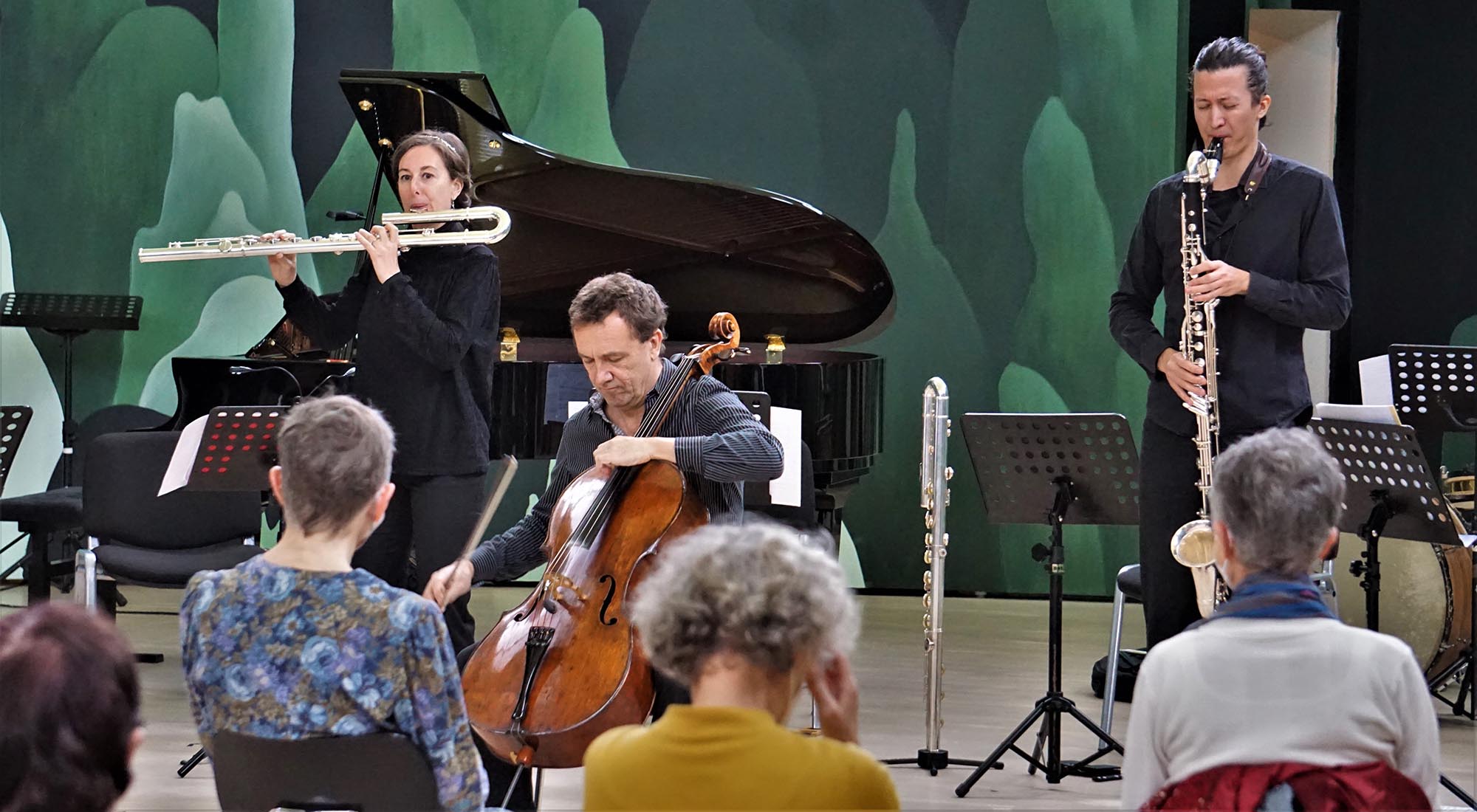 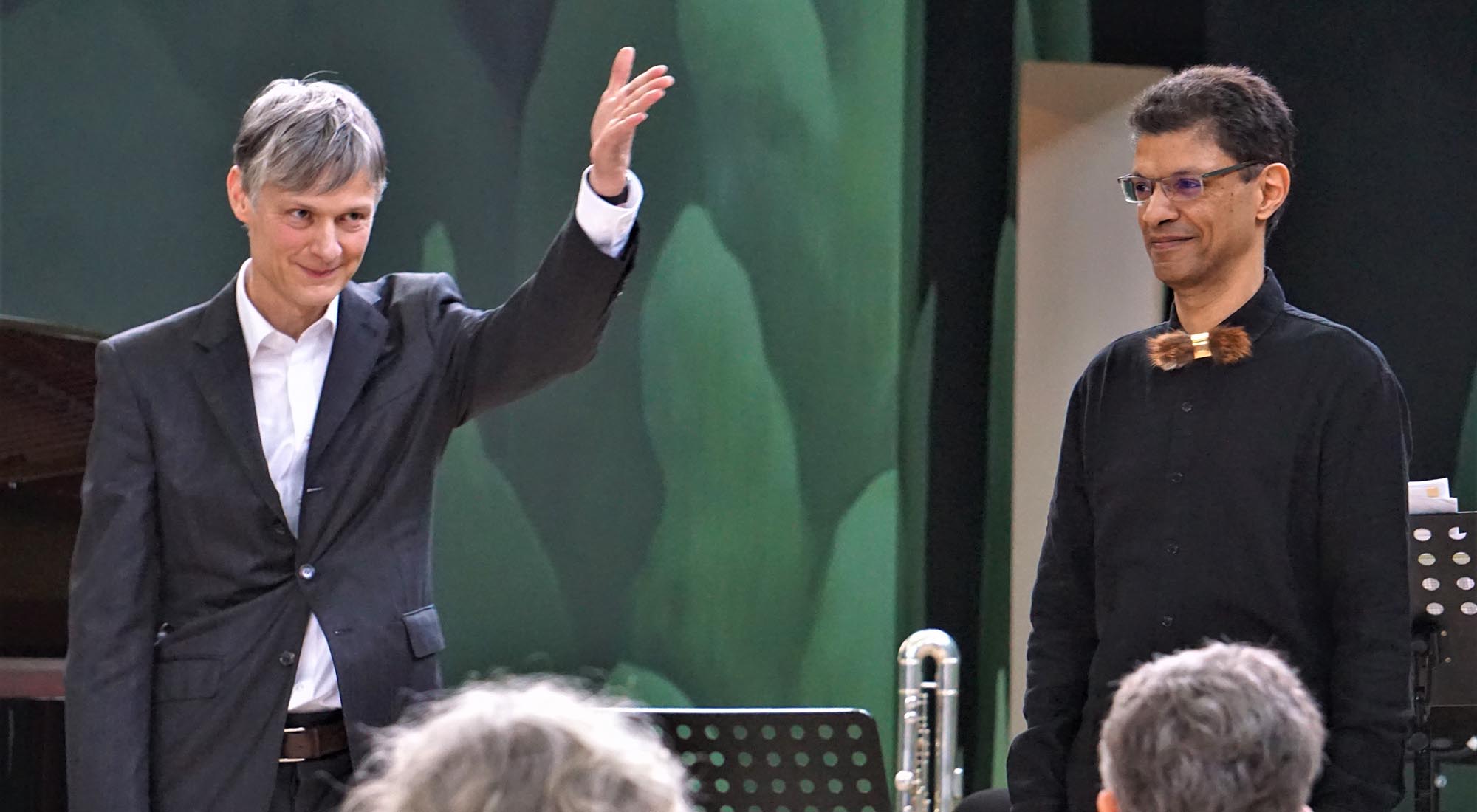 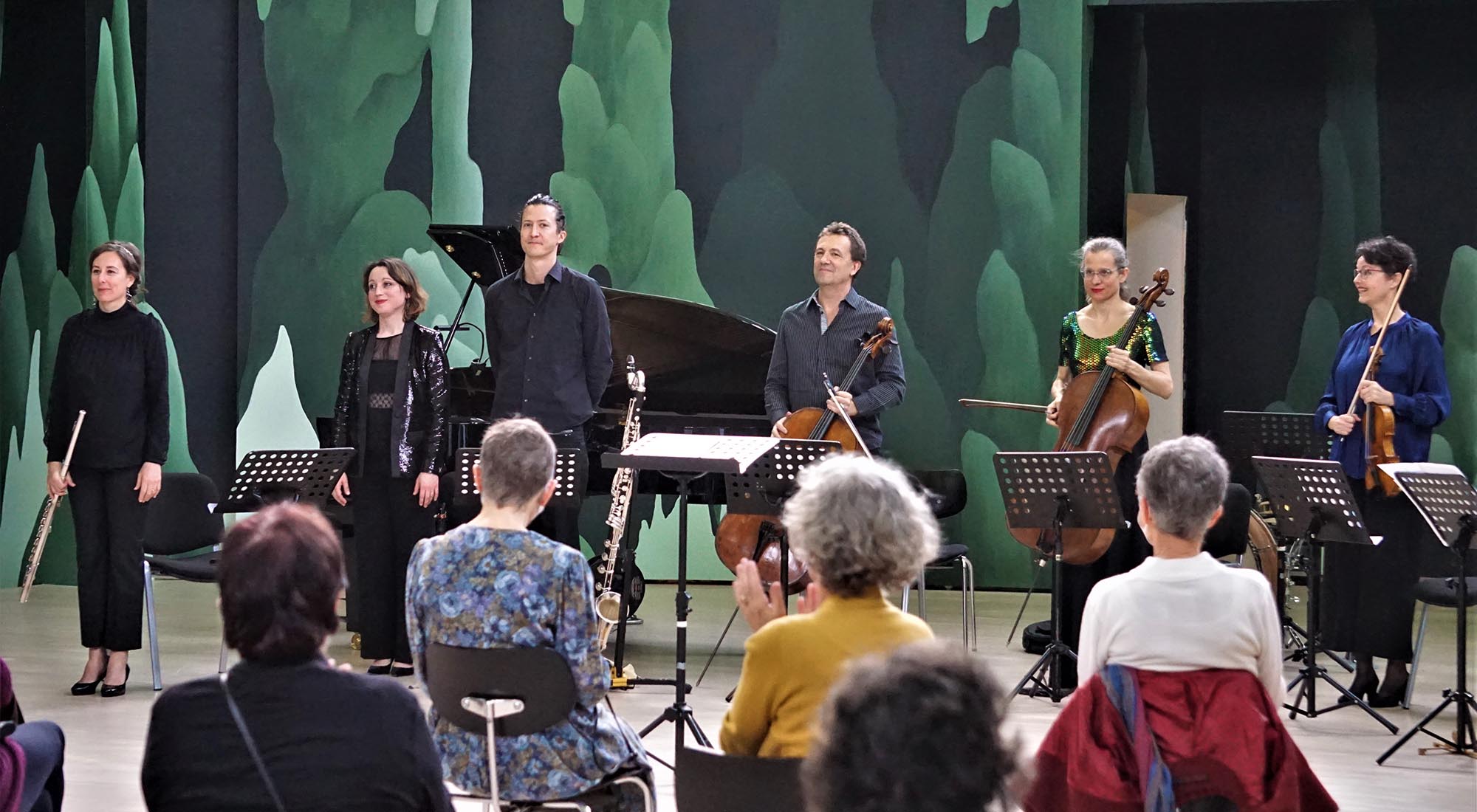 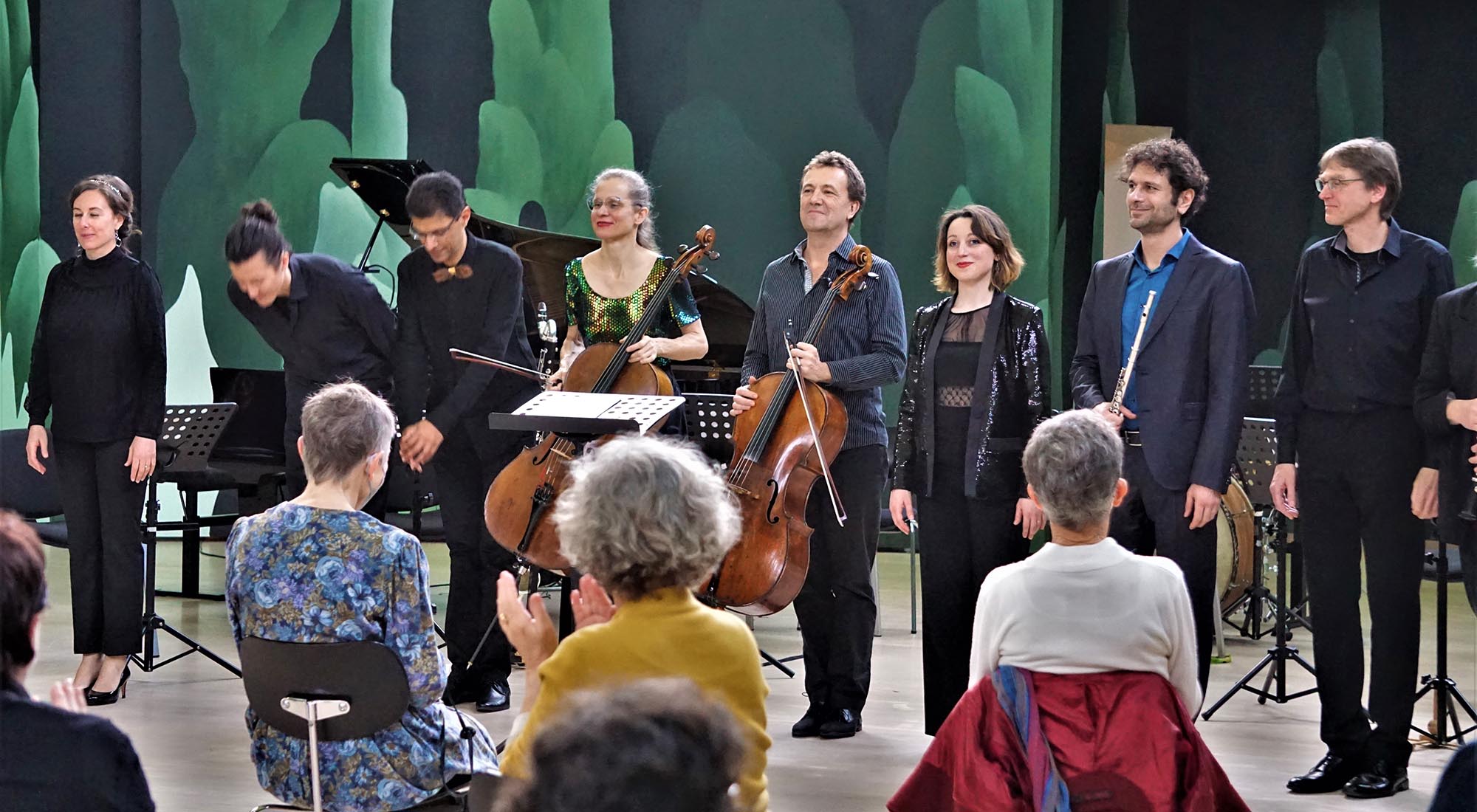 Manoa: Anne Cartel and Carjez Gerretsen on wind instruments wandered around the hall, so that the sounds of the work, intended to be played barefoot, were incandescent.