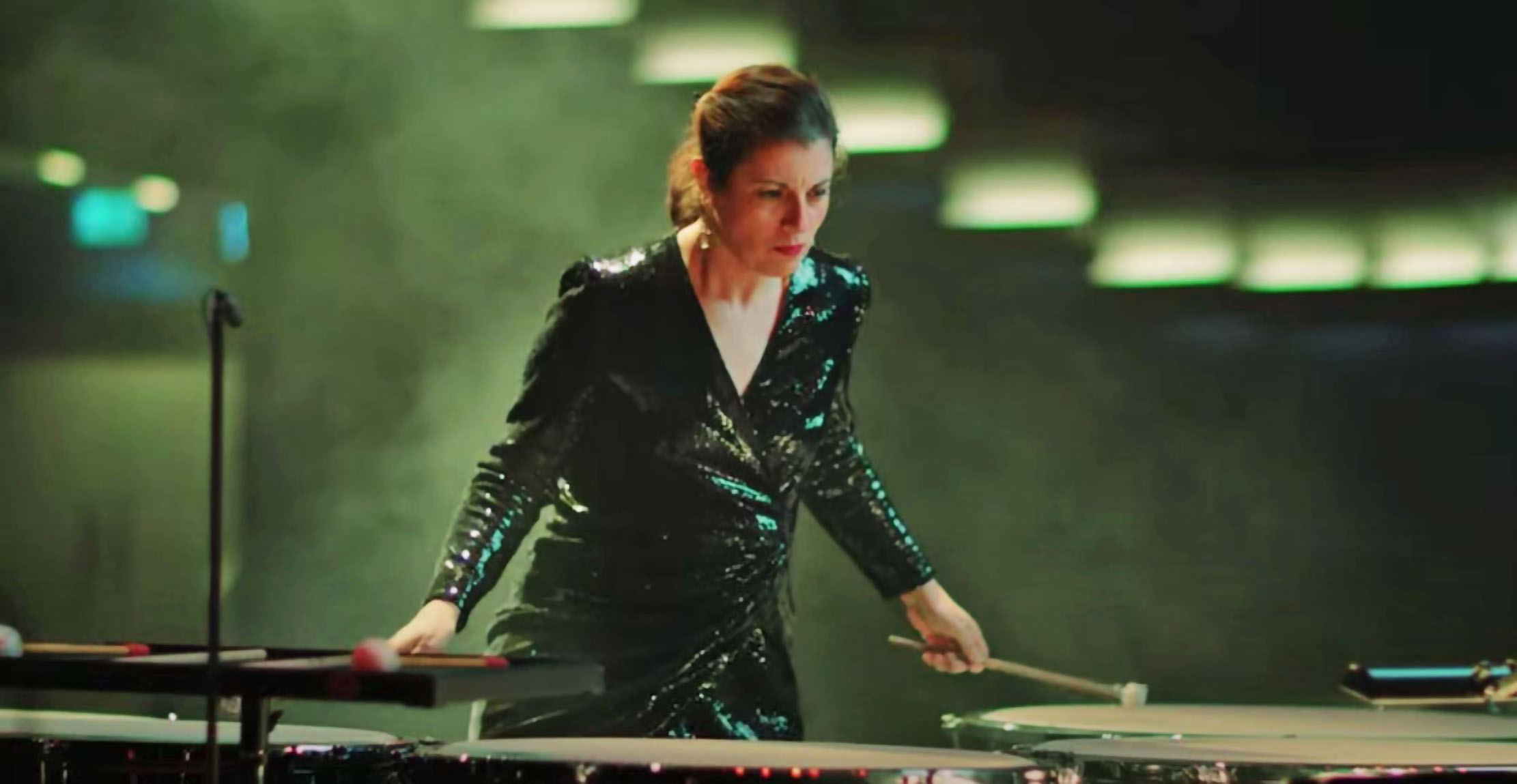 Elisa Humanes begins her musical studies with her mother, Salomé Diaz, and piano in the Associated Board of the Royal School of Music. She starts percussion classes with Juanjo Guillem at the Neopercusión school in Madrid, Spain. In June 2000 she receives the Highest Degree and the Special Percussion Prize from the Royal Conservatorio Superior de Madrid. She completes her studies in France where she receives grants from the Tarrazi and Meyer Foundations. In June 2001, she obtaines the Premier Prix à l’unanimité with the highest honours from the jury in the marimba special course at the Conservatoire National de Région (CNR) in Paris.
In June 2005, she obtains the Premier Prix à l’unanimité mention Très Bien in the Conservatoire National Supérieur de Musique et de Dance de Paris (CNSMDP) in the superior percussion course.

In their past years she has worked with L.H. Stevens (USA); K. Hathway (United Kingdom); S. Gualda; M. Gastaud; F. Brana; E. Sammut; M. Cerutti and F. Jodelet (France).
Member of various symphonic orquestras in Madrid, she has also played in the Gerhard Proyect and in the Madrid Symphonic Orquestra. In France she has been member of the Cité International University Orquestra of Paris; the Youth French National Orquestra under the direction of E. Krivine and the Lucerne Festival Orquestra directed by P. Boulez in Switzerland.
She colaborates with the National Orchestre of France, the Ensemble Intercontemporain, the Ensemble Ars Nova, the Ensemble Zellig et the Ensemble 2e2m.

As a soloist she has given many concerts in Spain and in France (Radio France, Cité de la Musique).
She is a percussion member of the Quartet Face à Face (two pianos and two percussions) and the Ensemble Variances. The Quartet has played in different Europian Countries sponsored by Societé Générale and the Pro Helvetia Foundation.
She has been selected as the percussion Solist for the Spanish National Ensemble of Contemporary Music and she receives the Interpretation Prize from the Assosiation of the Collège d’Espagne in Paris and records her first CD as a soloiste: Entre libra y Escorpio.
Due to her interest in musical dramatic performance, she has done a soloist proyect with the teacher Fréderic Stochl in the Post Grade Percussion Cycle at CNSMDP.