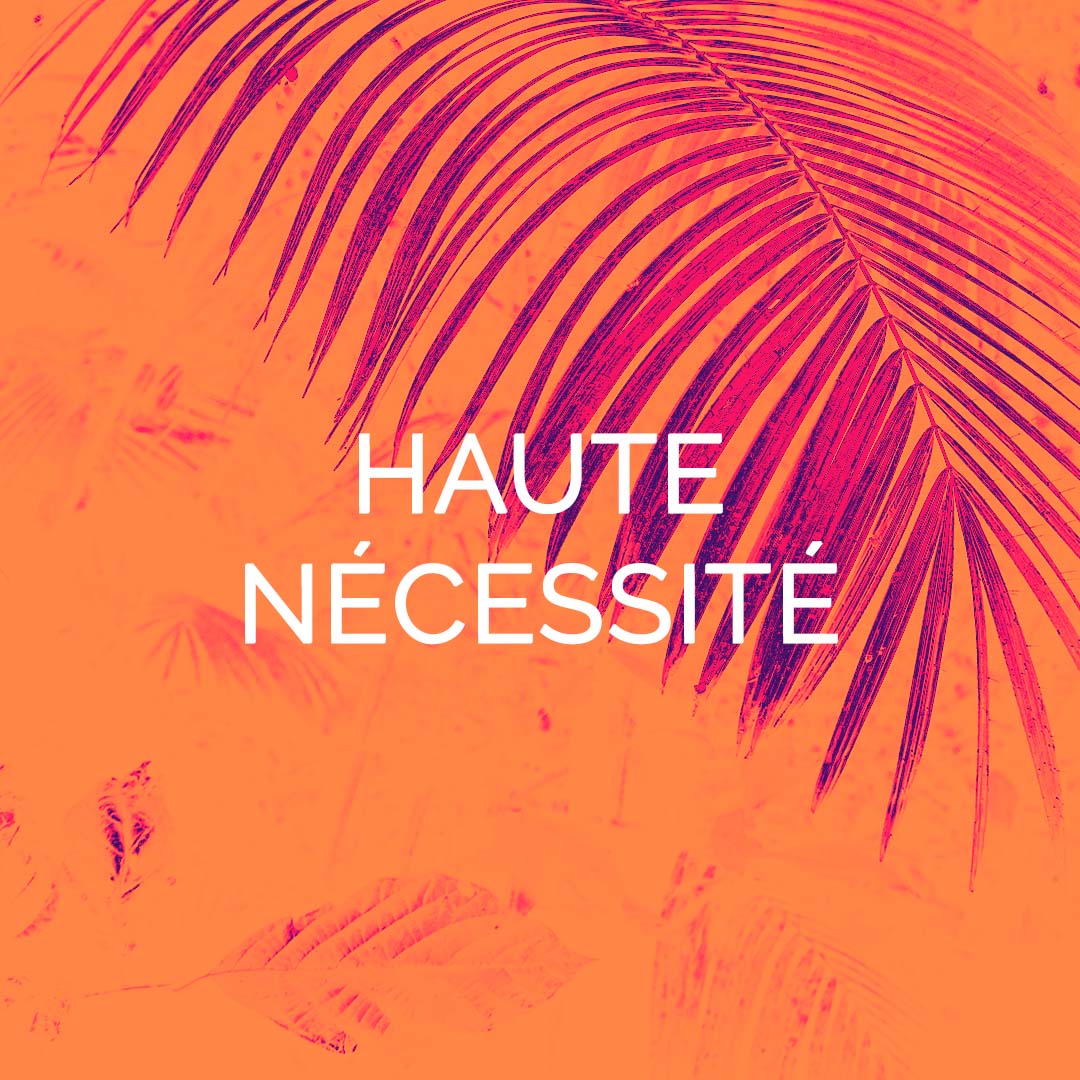 In 2010, Thierry Pécou created the project High Necessity – establishing a dialogue between Western classical music and traditional inspiration. This was the first project for Ensemble Variances and it set a principle approach that has become the Ensemble’s trademark  and which has formed the foundation of the edifice of its work, alongside themes drawn from the traditions Thierry’s home country of Martinique. "I wanted to find a territory that represented the urgency of reconciliation between traditional music and written music. With its unique history, Martinique was the right place".
Charged with emotion, the composer questions the colonial approach to the arrival and imposition of classical music, through a musical dialogue with the singer and Martinican multi-instrumentalist Dédé Saint-Prix. This project is the result of their encounter and is based in particular on chouwal bwa (traditional Martinican merry-go-round music) and on the repertoire of drums and songs typical of the island of flowers. 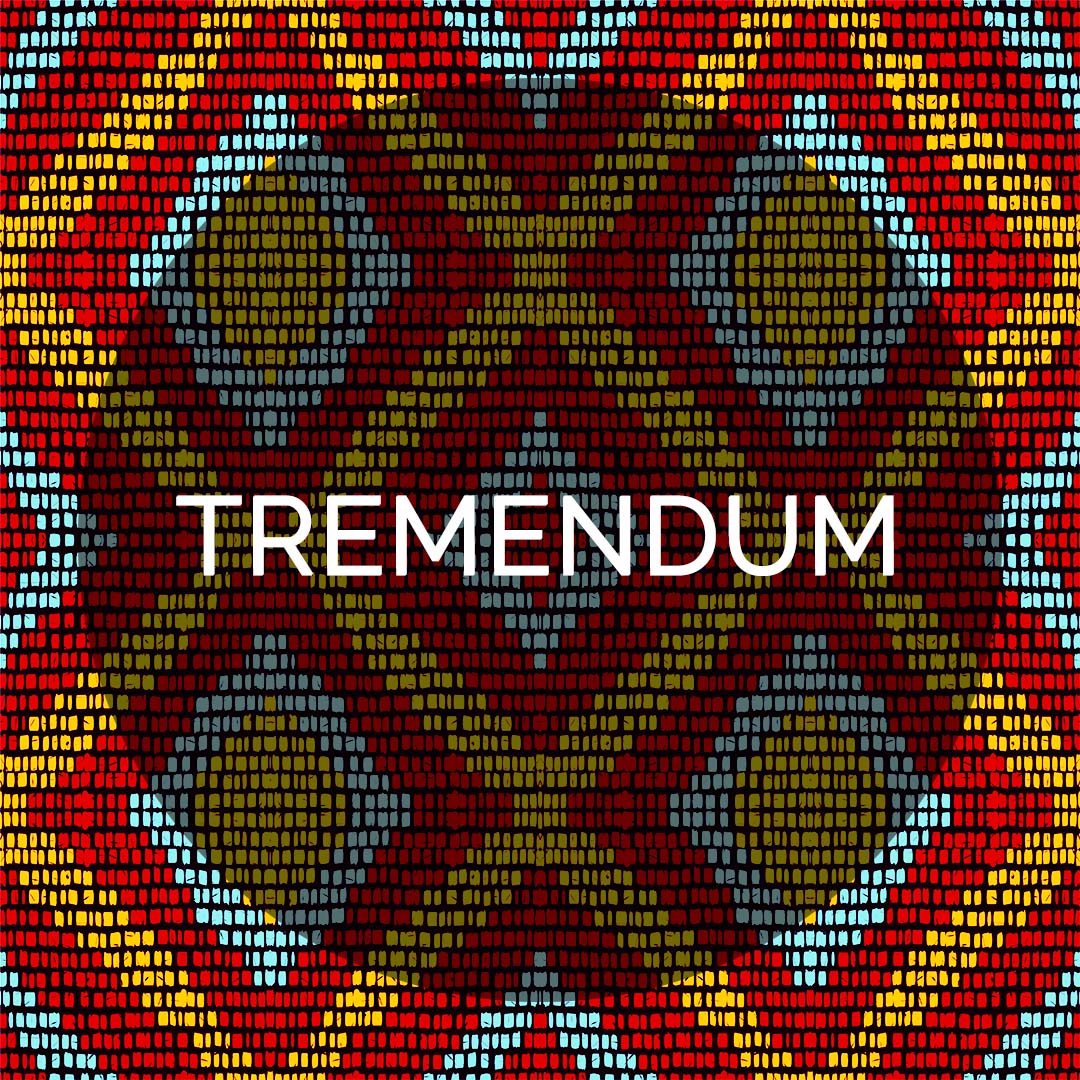 There is something very powerful coming from the cultures devastated by the Spanish conquest in the 16th century. The great civilizations of ancient Mexico left a mark in the minds of people, in their relationship to the cosmic and biological rhythm of nature and the earth. A Franco-Mexican programme developed with Mexican composer Gabriela Ortiz, Tremendum carries the ubiquitous notion of celebration, tinged with a scathing irony, typical of the pre-Columbian heritage. Particularly focused on the tradition of street music, the intercultural dialogue was coupled with a meeting between Ensemble Variances and Percussions Claviers de Lyon for a journey rich in colours, exported to the Cervantino festival in Mexico... and to Metz Arsenal! 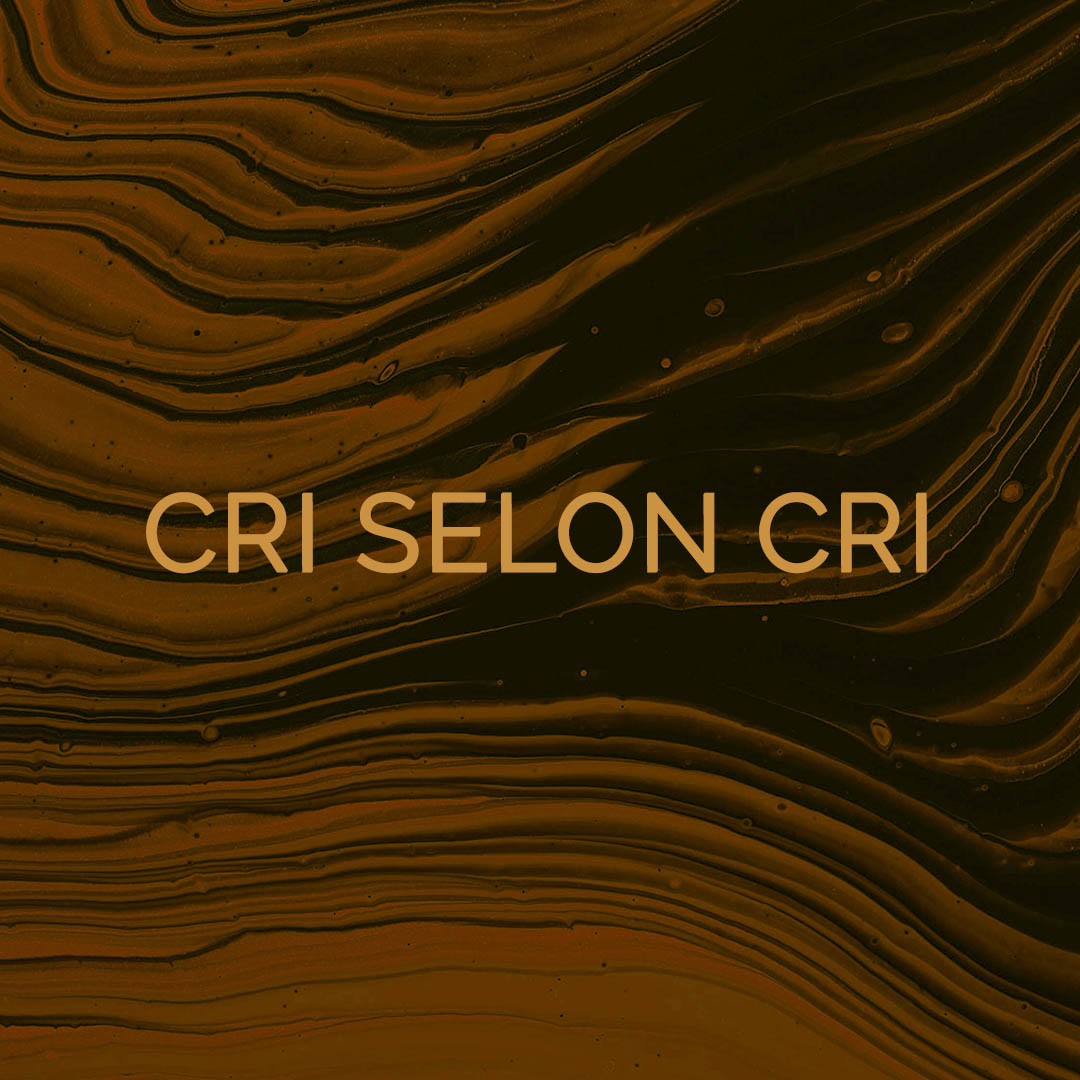 Call-out cry, cry of pain, cry of terror, cry of anguish, erotic cry... at what point do they turn from involuntary emotional expression into musical material? Thierry Pécou collaborated with the American composer Lisa Bielawa to question the primordial cry and all the variations that result from it. A musician freed from the dominant minimalist style current in the United States, Lisa Bielawa breathes a spatial dimension into her work that is reminiscent of the great American territories. This program presents a very wide variety of atmospheres; Lisa explores all possible ranges of screams. She practices this in her work objectively, without it coming from a place of anxiety. Les Machines désirantes (Desiring Machines), an earlier work by Thierry Pécou reflects (mirrors) this universal gesture through a philosophical perspective (look), borrowed from the French philosopher Gilles Deleuze. 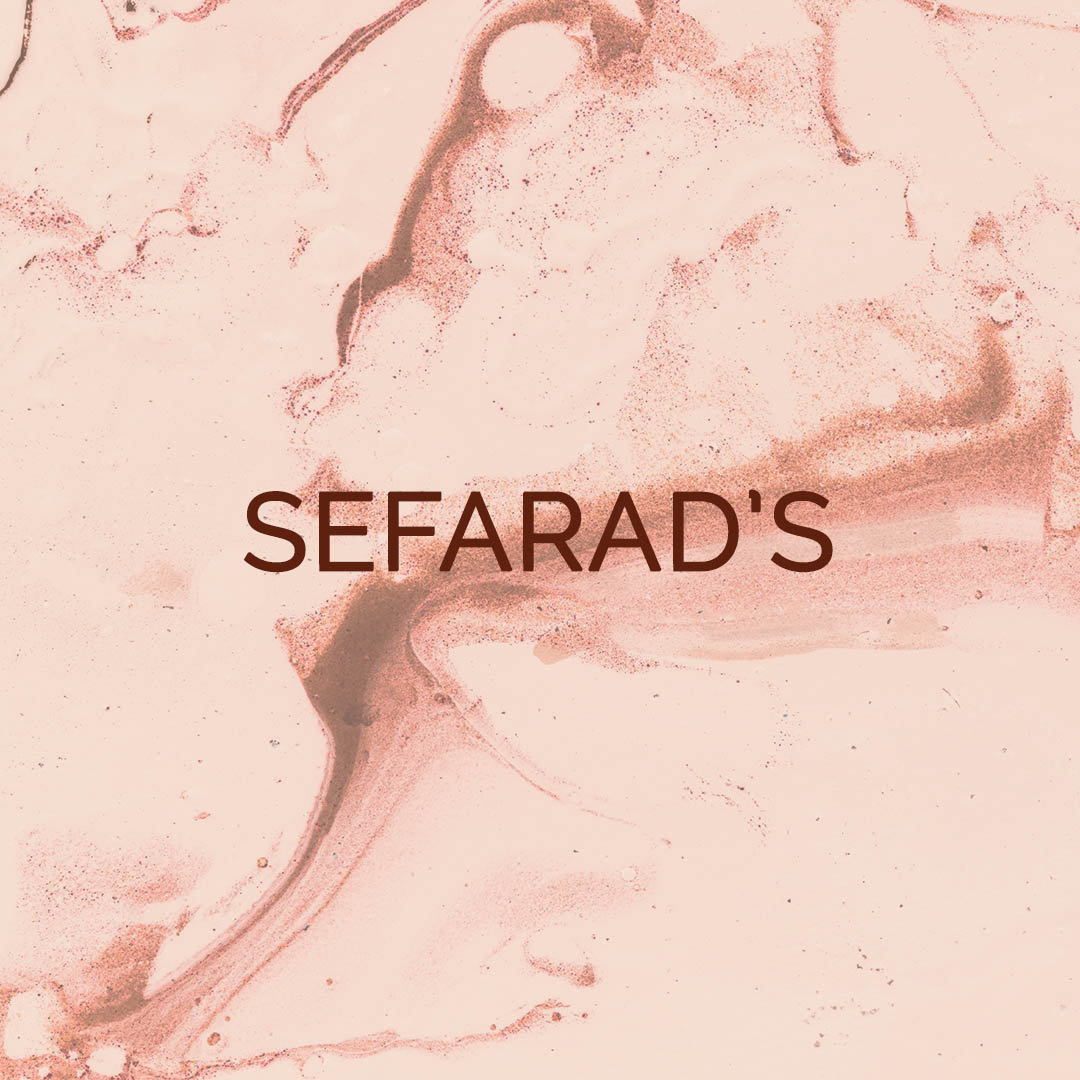 Sephardic songs carry within them a nostalgia for exile, mixed with outbursts of joy against a background of religiosity. "I wanted to address this contrast by working on a musical source directly focused on the memory of a people. The result of this reflection developed around the descendants of the Jews of Spain, the Sefarad’s programme exploits the rhythm of Arabic songs, claiming the cross-inspiration of the repertoires". The voice (of soprano Gaëlle Méchaly, the instigator of this project), the flute, the clarinet, the double bass, the piano and percussions answer each other in a work with musicians arranged in the space and centered around the movements of the singer. "We wanted to free ourselves from the classic ritual of the concert by creating moments of interaction between the musicians to offer a total spectacle for the audience." 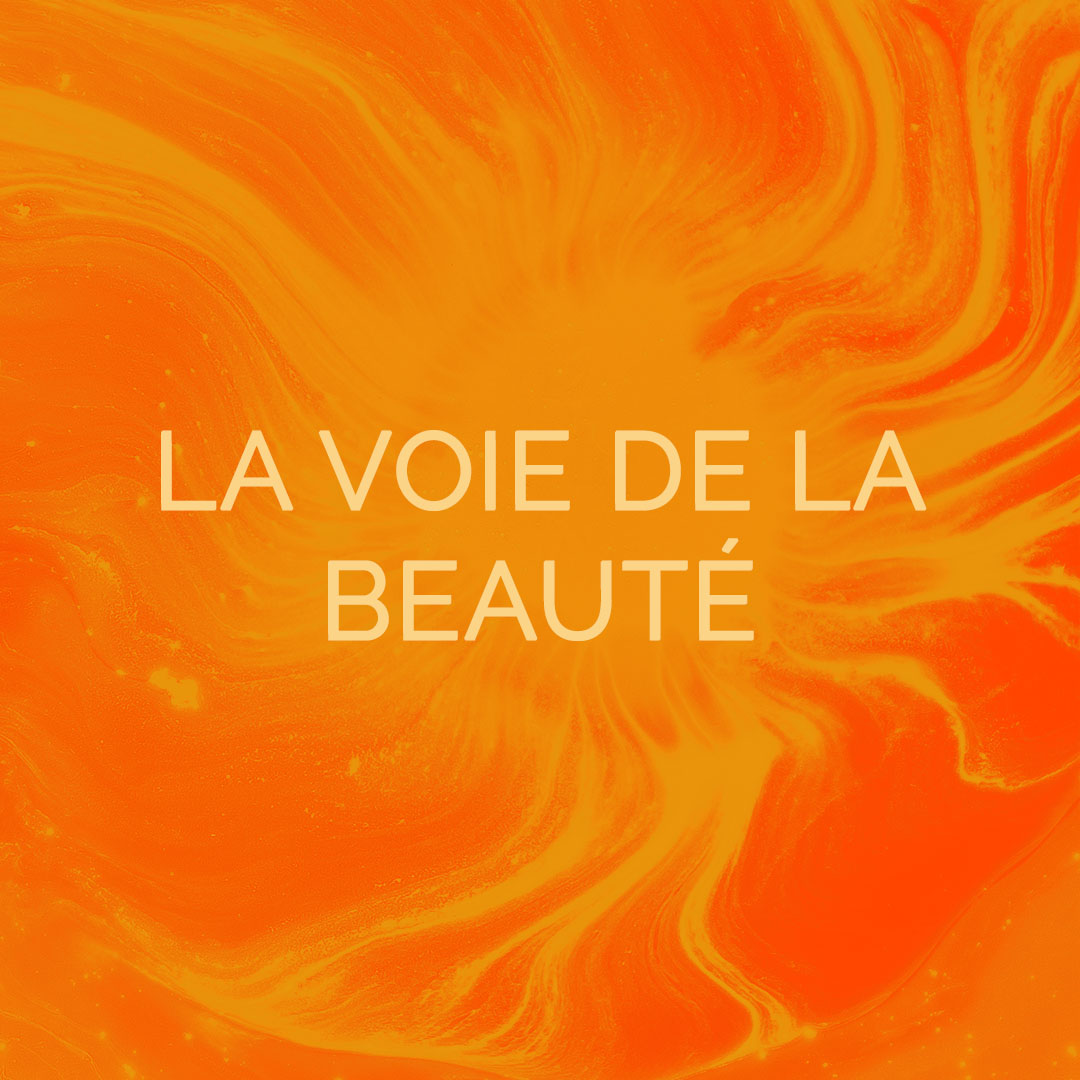 Harmony, beauty, health... form a connected whole, which is at the heart of the life of the Navajo Indians of the southwestern United States. "Hózhó" is the term designated to this concept, which our lexicon is unable to translate into a single word or equivalent phrase. From the repertoire developed for ceremonies intended to heal the members of the community, and through meetings with the great Navajo poet, Laura Tohe, Thierry Pécou was inspired by haunting and repetitive songs to create a work of imagination, by telling a little about these cultures in communion with nature. The first part, Femme changeante, cantate des Quatre Montagnes, (Changing Woman, cantata of the Four Mountains), and the second, the opera Nahasdzaan in the Glittering World, echo the wide open spaces where the Navajo people register their total understanding of ecological and social issues, in a tireless quest for balance. 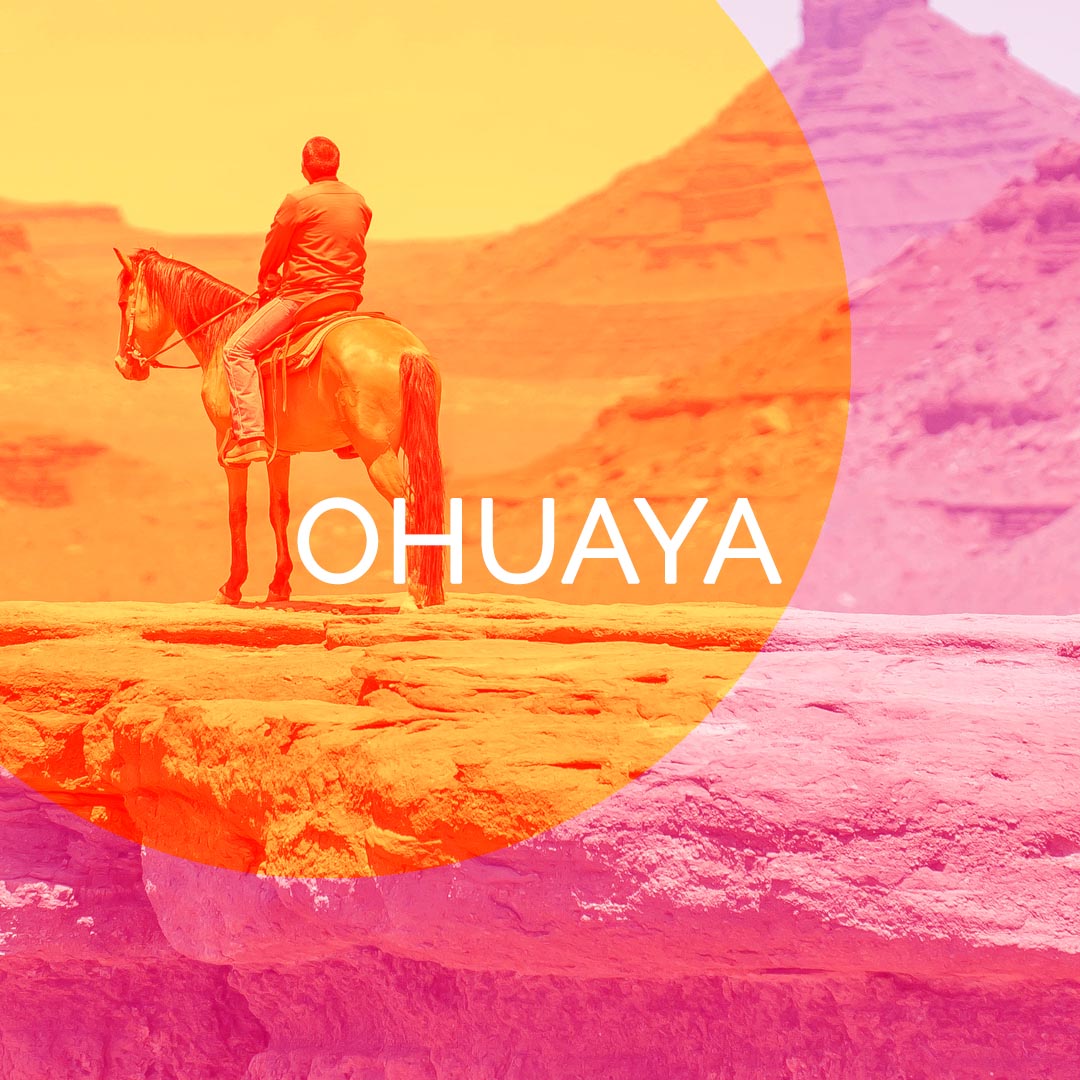 In balance with its surroundings, the Navajo community, established in the southwest of the United States, places great importance on the healing of an individual through ceremonies that involve the whole community. Inspired by this rite, Thierry Pécou transposed the principle "like a metaphor" by re-interpreting it in the form of a range of cultural and community projects in Normandy, France. Museums, gardens, schools, private estates and more were the meeting places for conferences, poetry readings, equitherapy workshops ... offering very powerful moments of connection around music. "We managed to reach new audiences who were able to experience very vivid emotional situations, when they would not have come to listen to the opera or music in more formal and conventional settings."

Sangata is the story of a dialogue between six musicians with very different musical approaches and ways of working: three new generation Indian instrumentalists, Ragini Shankar (violin), Rishab Prasana (Bansuri flute), Aman Ali (tabla) and three members of Ensemble Variances; Thierry Pécou, alongside flautist Anne Cartel and clarinetist Carjez Gerretsen. Driven by a spiritual approach, Thierry Pécou joined the Indians with musical material inspired by ragas, which he composed from previous encounters in India and his own research. Five days of residency allowed the artists to exchange ideas drawing on their mutual traditions: "the exchange was magnificent and very stimulating; Sangata is one of the projects that touched me the most for the musical and human encounter it represents." 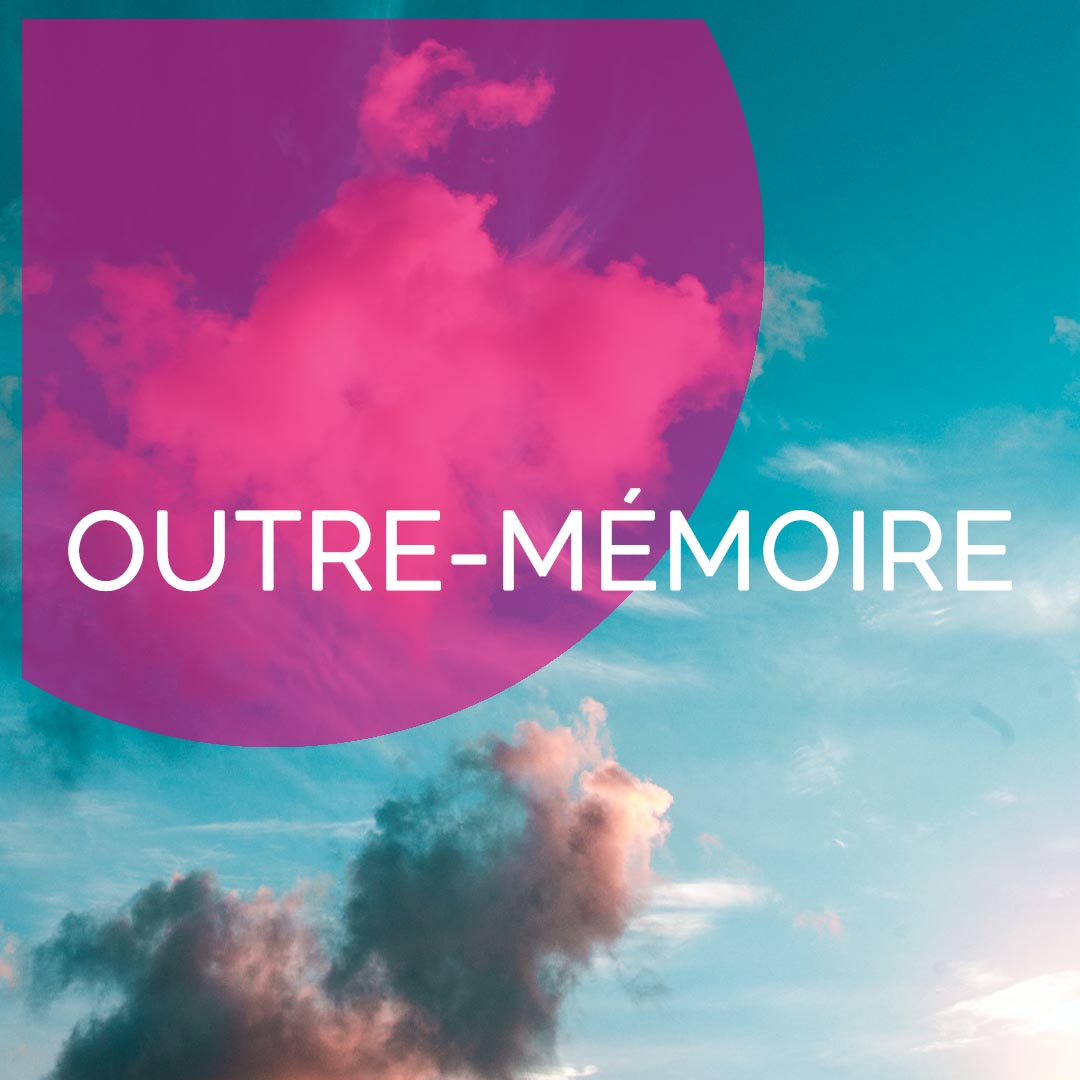 Put aside and ignored for too long, the history of the Atlantic slave trade has been lost in a dimension of oblivion denounced by the poets Édouard Glissant and Patrick Chamoiseau. Following the lead of pianist Alexandre Tharaud, Thierry Pécou also leaned his art towards the memory of this tragic and distressing history by designing a complete show, working with the multi-faceted artist Jean-François Boclé. In an atmosphere free from pathos, but turned towards our contemporary world, the one-hour piece relates to length of the time is takes to pass (passage) through the exhibition. The time for strolling is followed by that of the concert where the instrumental references and melodic lines insist on excess, tearing and erasure so well described by the two Martinican authors. 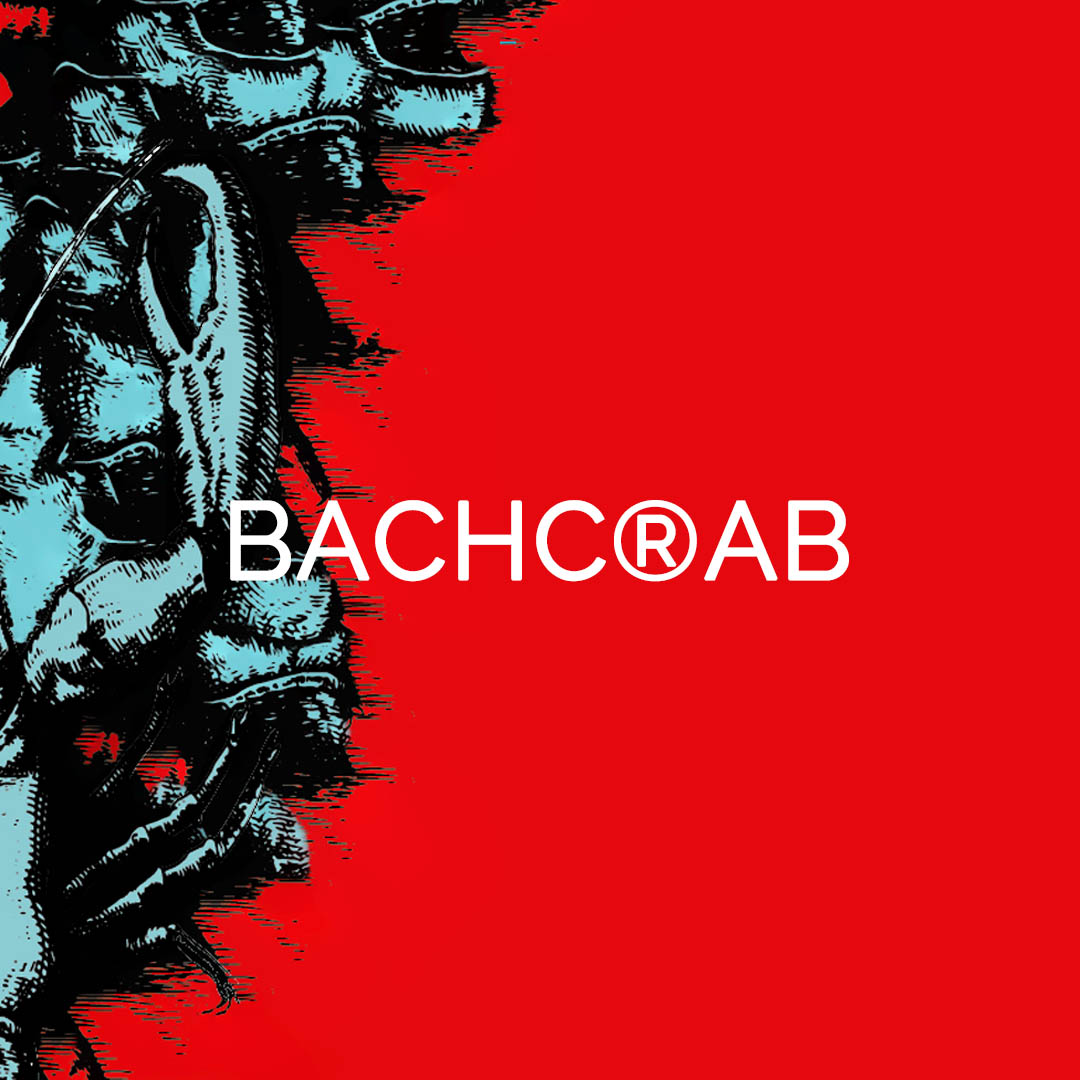 Speak to sensitivity and the intellect, without harming either of them... In this endeavour, there is only one master: the cantor from Leipzig! It was around the Crab Canon – a sort of musical palindrome – that the Bachc®ab project of the musicians of Variances was developed, in a dialogue with the early music ensemble Zefiro Torna. Built around Bach’s Musical Offering, the programme brings together ancient and modern in the same formation, tuned to the same pitch: "Bach's music forms a core, in the middle of very diverse pieces following the same palindrome process – works from the Middle Ages as well as a composition I made especially for this project" (Thierry Pecou).
As happy as it is improbable, the mixture of instrumentation enabled the meeting of two universes with shared values. 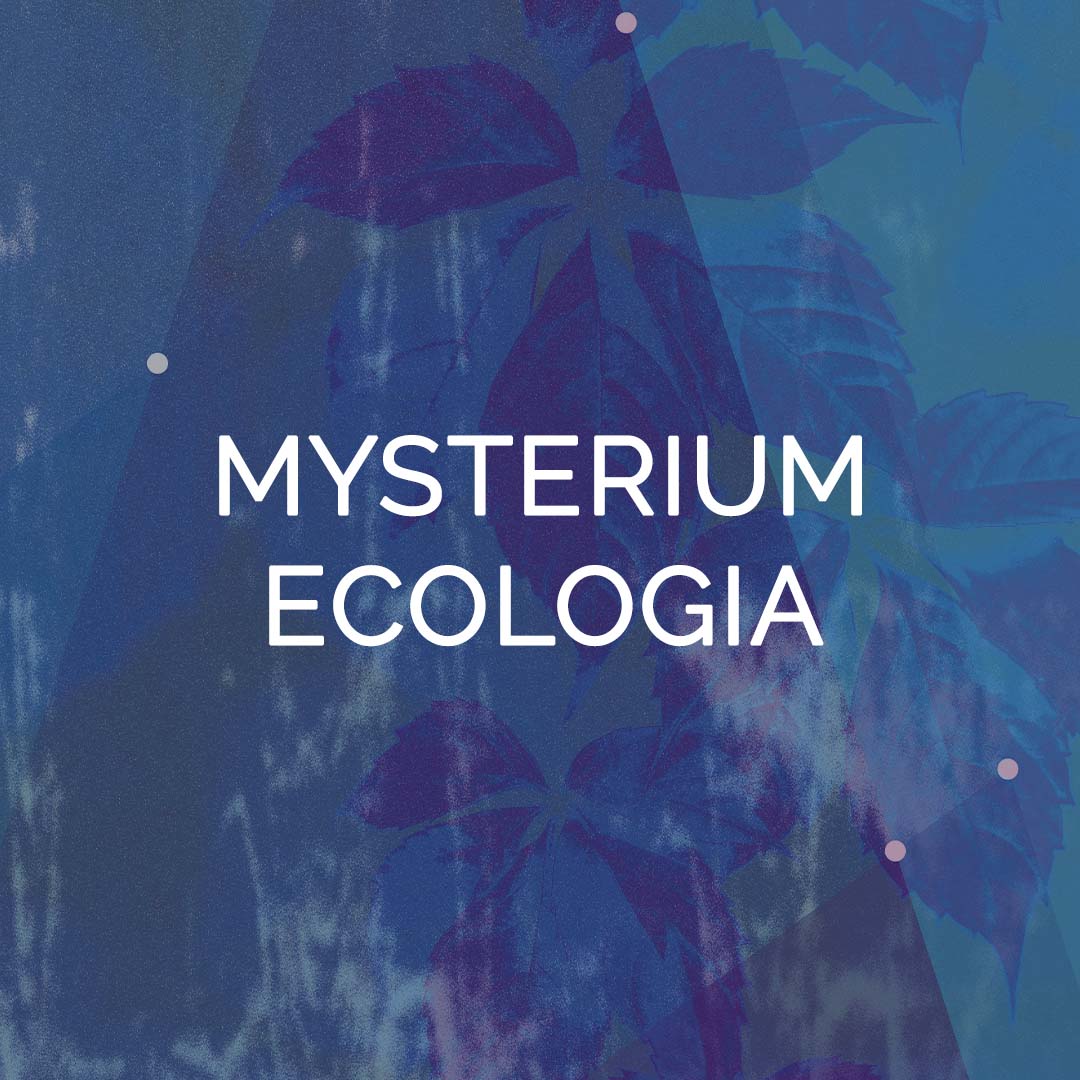 Hearing the song of whales in the wild is not easy; yet it is spreading a message that could remind us of our own condition: that of an endangered species. Under the influence of composer François-Bernard Mâche, Thierry Pécou questioned the relationships that arise between the music of certain animal species and that of composers. Of "impressive spectral complexity", the song of the whales refers to the splendid expanses of the river Saint Laurent in Quebec, where the biological rhythm takes out the observer from his own construction of time. "My work questions our possibility of extinction through the presence of animal sound. I'm not trying to scare or be nostalgic; I only wish to bring awareness through the artistic object" (Thierry Pécou).